LOS ANGELES, CA — (08-28-19) — LAPD says they are investigating the forceful removal of a group of transgender women and a gay man from a Los Angeles bar as a possible hate crime.

The cell phone video as gone viral on social media over the past few days, so much so that police officials and Mayor Eric Garcetti had to make a statement promising a thorough investigation into the incident.

“A complaint about an incident involving a group of transgender women and a gay man at the Las Perlas bar last Friday, was filed with police,” said LAPD spokesman Officer Jay Chaves.

“Los Angeles is a place where hate against any person, regardless of gender identity, is not tolerated,” said Mayor Garcetti in a tweet. “My office is in communication with @LAPDHQ about the incident at Las Perlas, and will ensure a proper investigation is completed,” tweeted Garcetti.

Khloe Rios, who recorded the video, said she and a group of colleagues from Bienestar Human Services, a nonprofit that focuses on health issues in Latino and LGBTQ communities, were having dinner at the Las Prlas Bar when a heterosexual couple approached them and started yelling anti-gay slurs.

“They said, ‘You guys are all men. You are not women. You don’t belong here,’” said Rios.

Rios, a program manager at the nonprofit, said she and her friends ignored the comments by the heterosexuals but then the woman became more aggressive and spat at them, pushed her and slapped a colleague, according to Rios.

The group stood up and huddled together to protect each other and that’s when security guards intervened and asked everyone to leave. They escorted the couple out but became aggressive with them, pushing and shoving them and even dragging one of her colleagues by the neck, said Rois.

“We thought the security team was going to protect us but instead they threw us out like trash,”said Rios.

Outside, the couple continued to yell slurs at them and threatened to kill them, said Rios. The couple ran away when they saw LAPD officers approaching in their squad car.

“Every single day I see trans women being harassed,” said Rios. “Being bullied and being discriminated. This was a horrible experience. I knew I needed to record this to show how they treat us.” said Rios.

Cedd Moses, chief executive of Pouring With Heart, which owns the bar, said in a statement posted to the Las Perlas’ Facebook page on Saturday, that the incident was “an escalated verbal altercation” that led the manager to remove those patrons who didn’t comply with a request to leave.

After a protest outside the bar that prompted the bar to close Saturday night, Moses apologized to the transgender community and said the security company working at the bar would be fired and replaced.

In a statement posted on Sunday, Cedd Moses of the Las Perlas Bar wrote…“We are committed to working with the community and we are researching the right partner to help us move forward in the most positive way possible including staff and vendor training,” wrote Mosses. 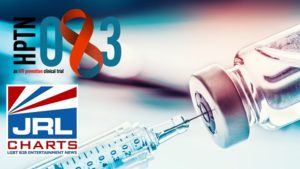 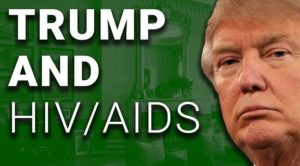 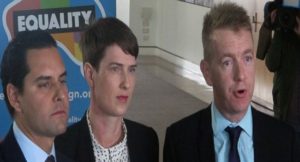 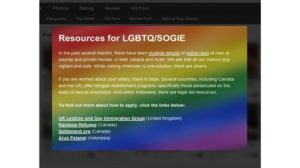