“The Magic Wand is like royalty here,” said Erin Sue of Pink Cherry Wholesale “We often sell more Magic Wands in a day than some products sell in a week – it’s the thing that everyone asks for by name—and we’re thrilled to have it on our billboard!” said Sue.

Proudly flying high above a major highway interchange in Toronto, this master of massage is now—arguably—the largest Magic Wand the world has ever seen.

Highlighted on the highway sign is the Rechargeable, one of three models that make up the current Magic Wand family. Having celebrated its 50th birthday last year, the Original was joined by the latest version, the Plus earlier in 2019.

Collectively, the trio of wands make up many retailers’ top selling products—including PinkCherry. To temper the public’s reaction to a colossal clitoral stimulator, PinkCherry offers commuters a cheeky reminder: “Relax—It’s Just a Back Massager.”

Fans of supersized sex toys (and clever advertising) will recognize this billboard as prior home to the retailer’s “Scream your own name” promotion for Womanizer, which quickly went viral. Vibratex’s Shay Martin was excited to see her larger-than-life legend featured in such a highly-visible location.

“I saw the photo of the billboard and just said Shay of ‘woW Group’. “I mean—what else can you say? It’s a freakin’ 30-foot Magic Wand! I’m in love!” said Shay.

Still winding down from a tremendously successful ANME last month, the team behind Magic Wand is looking forward to finishing its strongest year ever. Their completely re-branded trade show booth became a spotlight for a new, acrylic point-of-sale display. The company expects to be fulfilling display pre-orders this month and will be releasing more information when shipping begins. 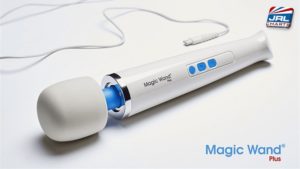 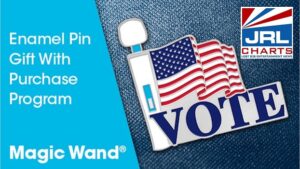 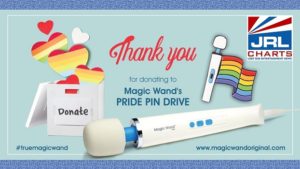 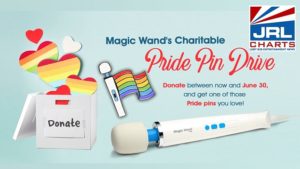 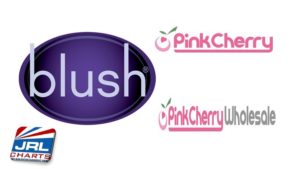 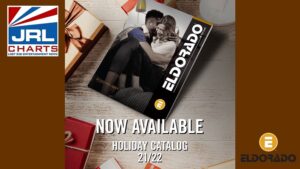