NEW YORK, NY — (08-16-19) — P.J. Soles, Tony Todd and Courtney Gains are ready to terrify you in the CANDY CORN horror movie trailer.  Watch as the freaks of a local FREAK SHOW strike back after a hazing attack gone bad.

Epic Pictures released the official trailer for “CANDY CORN’ on August 16, 2019 and already is generated huge buzz on social media.

Josh Hasty wrote and directed “CANDY CORN” and judging by the trailer, this is sure to be a dazzling success on Blu-ray and VOD this fall.

The Freaks Strike Back in Josh Hasty’ CANDY CORN

Synopsis:
“It’s the eve of Halloween in Grove Hill, Ohio. A traveling carnival is in town for the weekend and local outcast, Jacob Atkins, has been hired as one of the freaks in the event’s main attraction, “Dr. Death’s Side Show Spook House Spectacular.” When a group of bullies target Jacob for their annual hazing, things go too far and he winds up dead. Now, Dr. Death has resurrected Jacob as an unstoppable killer to seek revenge on those who wronged him.”

Epic Pictures has scheduled for “CANDY CORN’ to be released on Blu-ray and VOD starting September 17, 2019. 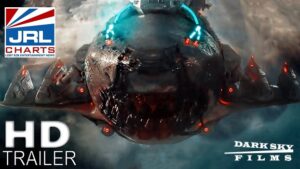