DAYTON, OH — (08-04-19) — Nine people have been killed and another 16 were injured after a gunman opened fire in Dayton, Ohio, less than 24 hours after 20 people were killed in a mass shooting in El Paso, Texas.

Police say the gunman wore body armor at the time of the terrorist attack. Dayton Police have confirmed the shooter is deceased. Total count as of this report is 10 dead including the shooter, and 16 injured.

The domestic terrorist attack took place at 01:00 am and officers who were in the “immediate vicinity” of the city’s Oregon district “were able to respond and put an end to it quickly,” said police

Authorities are asking for people to avoid the area. “This is a large scene and investigation,” said Dayton police in a tweet.

If you witnessed the incident in the #OregonDistrict or have any information on the incident that would aid in the investigation, please call 937-225-6217.

Miami Valley Hospital spokesperson Terrea Little, confirmed to JRL CHARTS that the hospital was treating 16 victims from the attack.

Local media and eyewitness accounts submitted to JRL CHARTS state that the shooting took place at or near Ned Peppers bar, located at 419 E 5th St, in the heart of the Oregon district.

“All of our staff is safe and our hearts go out to everyone involved as we gather information,” the bar said in a post on Instagram.

The shooting in Dayton comes just hours after 20 people were killed and 26 more injured in the El Paso, Texas Mass Shooting on Saturday August 3, 2019, when a gunman opened fired in a Walmart and around a nearby shopping mall on Saturday.

This is a developing story and will bring more updates as they become available. 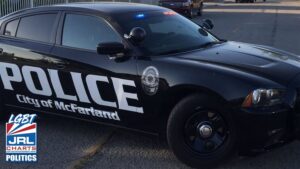