LONDON, ENGLAND — (07-25-19) — Metropolitan police have charged five British teenagers with aggravated hate crime charges following their assault on a metro bus of a Lesbian couple back in May.

Metropolitan Police on Thursday announced during a press conference, that charges against the teenagers, who are described as between the ages of 15 and 17 have been filed. 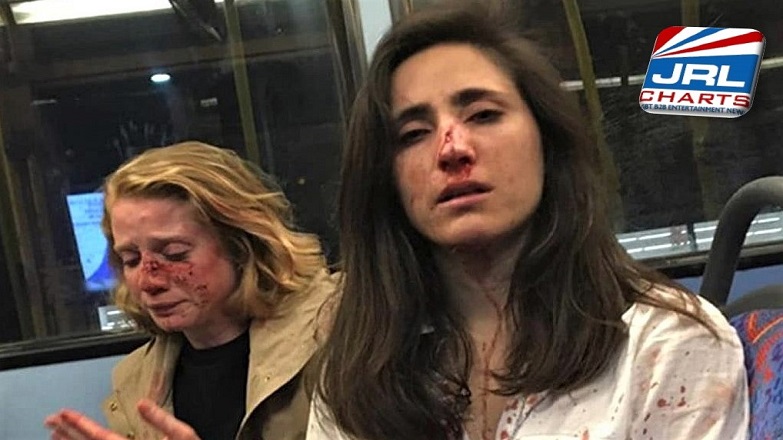 Melania Geymonat, 28, said the attack on her and partner Chris took place on the top deck of a London night bus on their way to Camden Town. That’s when a group of teenagers began harassing Melanie and Chris when they discovered the women were a couple, asking them to kiss while making sexual gestures at towards them.

A fight broke out between the couple and the boys, leaving Melanie and Chris dazed and visibly bloody.

“They started behaving like hooligans, demanding that we kissed so they could enjoy watching, calling us ‘lesbians’ and describing sexual positions,” wrote Geymonet on her twitter page.

“I don’t remember the whole episode, but the word ‘scissors’ stuck in my mind. It was only them and us there. In an attempt to calm things down, I started making jokes. I thought this might make them go away. The next thing I know is I’m being punched. I got dizzy at the sight of my blood and fell back. I don’t remember whether or not I lost consciousness. Suddenly the bus had stopped, the police were there and I was bleeding all over. Our stuff was stolen as well,” said Geymonat.

Police say that in addition to the hate crime charge, the teenagers individually face charges that include handling stolen goods, theft and possession of cannabis. All four boys are scheduled to appear in court on August 21 2019.