ROCKLEDGE, FL — (07-21-19) — Cumulus Media made the news on Sunday when it was reported that the company blocked 150 Country Radio stations from airing Nash FM’s Blair Garner interview with Pete Buttigieg. 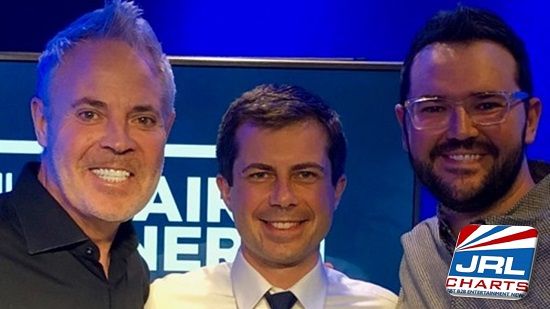 Cumulus Media, one of the largest broadcasting companies in the country, blocked one of its top country radio station hosts from airing the 2020 Democratic presidential hopeful and mayor of South Bend, Indiana, Pete Buttigieg.

“I think that our base tends to be more conservative,” Garner told Buttigieg of his program’s listeners. “And the fact that you, from the Democratic ticket, are the singular candidate to reach out and to say, ‘May I please be on your show?’ That you are reaching out to our listeners ― I think we all have to embrace that and be appreciative of that.” said Garner.

However the news broke on Friday when Blair Garner announced that his employer Cumulus Media, to the decision to block the entire interview from being aired on any of its affiliate radio stations.

“My employer decided I couldn’t air it,” tweeted Garner with a link to the interview published on his personal Soundcloud account.

My interview with @PeteButtigieg. The only candidate who asked to be on my show. My employer decided I couldn’t air it – but I did get permission to post it on my personal Soundcloud here: https://t.co/Sqi0bOTyQ1 @Lis_Smith pic.twitter.com/0K88w3cA49

Who would have ever thought that in the 21st Century, we would see this type of behavior from an American Broadcasting Company such as Cumulas Media.