SEATTLE WA — (07-10-19)  — Kheper Inc. announced the release of two new sex games: DTF Dice and the DTF Card Game. DTF, which stands for Down to Fuck, is represented by the emoticon face that looks like it’s hitting on you with a sideways glance and half smile.

The primary concept behind both games, is that sexting is fun. The games use popular sexting icons and help a couple learn how to sext each other while playing the games.

“Learning so much about sexting has been one of my favorite design projects,” said CEO Brian Pellham. “The shapes are so funny and there are just so many hidden meanings and naughty surprises you can discover on your smart phones. I researched the games by exploring profiles on hookup sites and wow, there are a lot of dirty people and emojis out there! I love it!” said Pellham.

DTF Dice is like most sex dice games in its game play. One die role is the action and the other is the body part. All of the emojis are translated on the back of the header card. For example, if you roll the pointing finger and the taco, that means “finger vagina,”

The tongue and the eggplant means “lick penis” and the clapping hands and peach means “spank bottom.” There are six actions and six body parts. The first player to roll the pointing finger and OK symbol (AKA “pick a hole”) wins and gets to decide how the couple screws.

The DTF Card Game includes 23 popular sexting emojis. Players each take seven cards and then each take seven turns either taking the top card off the deck or the most recently discarded card. The goal is for each player to build a sexting fantasy he (or she) would enjoy and then the couple acts both of them out together after the seven turns have been taken.

The best part about both games though is learning how to sext. Actions and fantasies you have built and enjoyed together, you sext to your lover in the future when you want to repeat them.

Both games are in English, Spanish, French and German. The DTF Card game can be played by lesbian and gay couples by them simply removing body parts such as “taco” or “eggplant” not used in game play. 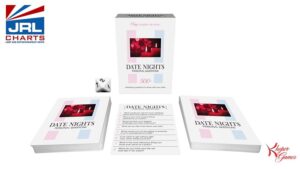 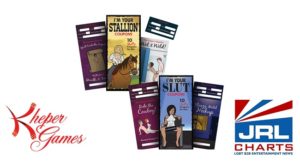 Kheper Games’ What The F*ck? Scores Over 1 Million Units Sold 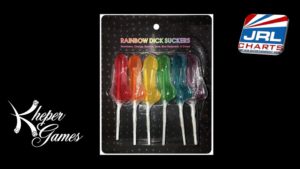 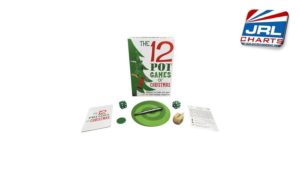 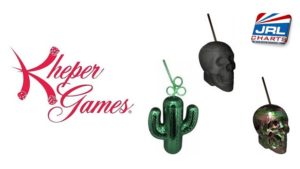