HONOLULU, HI — (06-28-19) — The state of Hawaii has passed a landmark law adding a third gender option to their State-Issued IDs.

Hawaii joins a wave of states throughout the USA who are giving non binary individuals more gender options on state-issued IDs and Drivers Licences. 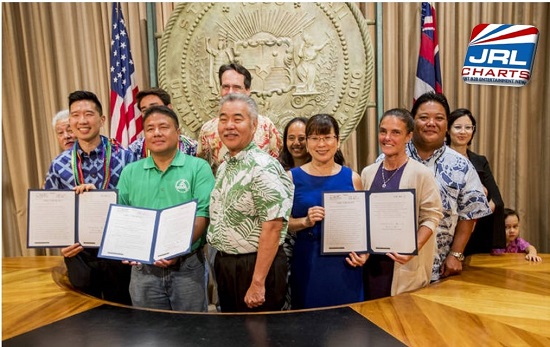 Gov. David Ige signed House Bill 1165 into law on Wednesday to the cheers LGBTQ activists. The new law adds a new gender option beyond “male” and “female” on application forms for both driver’s licenses and state IDs.

Starting July 1, 2020, Hawaii residents will see a third gender option, “X,” on Hawaii DMV forms. The legislation aims to reduce discrimination against non binary individuals who do not identify as male or female.

The new law also notes that individuals who opt for “X” will not have to provide any documentation to prove their gender.

Khara Jabola-Carolus, executive director of the Hawaii State Commission on the Status of Women, said in a post on Instagram, that the new law falls in line with gender equality that was inherent for Native Hawaiians.

“This wasn’t just about simple recognition of transgender folks by the mainstream,” Jabola-Carolus said in an Instagram post. “It was about [the] decolonization of the status of gender minorities and women, and taking a step to honor the inclusive society of Native Hawaiians.”

The second bill signed into law that aims to protect the LGBTQ community was the law that makes it illegal for defendants in court cases to use the gay and transgender “panic defense.”

The “panic defense” is a legal defense tactic that has been used for decades by insecure guys who claim they were hit on by a gay person and were forced to defend themselves. Defendants will no longer be able to use that pathetic defense.

Hawaii ends PRIDE Month with style by passing two laws aimed at protecting LGBTQ residents in the state of Hawaii. 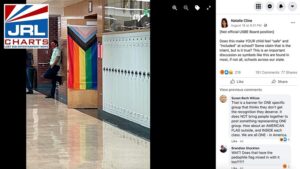