BALTIMORE, MD — (06-24-19) — History was made last Friday at the 109th annual meeting of the American Psychoanalytic Association (APsaA), when they official issued an apology for labeling Homosexuality a mental illness.

For the first time in history, U.S. Psychoanalysts say that they were in error when treating homosexuality as a mental illness.  The organization’s spokesperson, Dr. Lee Jaffe, went even further last Friday, by saying the organizations past errors contributed to discrimination and trauma for LGBTQ people.

Although psychiatrists declassified homosexuality as a disorder in 1973, it took nearly 20 years for psychoanalysts to come to their senses and admit their error.

“It is long past time to recognize and apologize for our role in the discrimination and trauma caused by our profession and say, ‘We are sorry,’” said a statement by Dr. Lee Jaffe, president of APsaA.

The history making announcement was made on Friday June 21, 2019 at the opening session of the American Psychoanalytic Association (APsaA) 109th annual meeting in San Diego.

The announcement by Dr. Lee Jaffe last Friday drew a standing ovation from the nearly 200 people in attendance. Dr. Lee Jaffe said his group has long been active in promoting LGBTQ rights but had yet to put its contrition into words.

“It’s hard to admit that one has been so wrong,” said Dr. Jaffe.

One Los Angeles-based psychoanalyst said the audience in attendance interpreted the moment as significant.

“As someone who comes from a long line of analysts who have been fighting for LGBT people, this felt like a watershed moment,” said Dr. Justin Shubert. 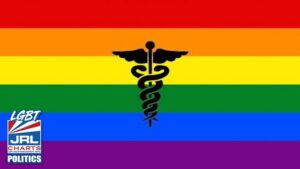