INDIANAPOLIS, IN — (06-21-19) — Popular Catholic School Brebeuf Jesuit Preparatory, has severed ties with the Archdiocese of Indianapolis for refusing to fire a gay teacher for getting married.

The formal decree made by Archbishop Charles Thompson was published in the archdiocese’s newspaper on Friday June 21, 2019.

As a result of the Brebeuf Jesuit Preparatory School not abiding by the teachings of the Catholic Church, we are forced to sever ties with the school.

According to the Archdiocese of Indianapolis, all employees of Catholic schools must “convey and be supportive of all teachings of the Catholic Church.”

Since the church does not recognize same-sex marriage, the public knowledge of the gay teacher’s marriage resulted in the archdiocese’s interference, said Archbishop Charles Thompson.

“Regrettably, Brebeuf Jesuit Preparatory School has freely chosen not to enter into such agreements that protect the important ministry of communicating the fullness of Catholic teaching to students,” read the archdiocese’s statement. “Therefore, Brebeuf … will no longer be recognized as a Catholic institution nor are they allowed to use the name Catholic without the permission of the Archdiocese of Indianapolis.”

This means that the school “can no longer use the name Catholic,” according to the statement. The Brebeuf Jesuit Preparatory School will also be removed from the archdiocese’s Catholic school directory.

We are saddened by today’s news, but we are so grateful for the ongoing support of our community. We are, and always will be, an independent, Catholic, Jesuit school. #BeBrave pic.twitter.com/xCKQKEG86u

As a Catholic who fears for the future of our Church . I applaud your stance. To many have been left out and felt marginalize. A good first step. ??????

Thank you for representing the true intent of our faith.

So proud to know this man and have learned so much under his leadership. Such a #ManForOthers – thank you Fr.Bill!!!!

Again, voice your support for the Brebeuf Jesuit Preparatory School as they stand up for whats right. 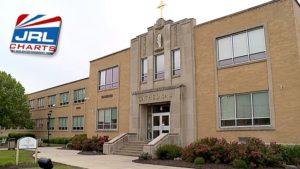