Its a wonderful thing seeing several American embassies and our diplomats, defying the anti-LGBTQ policy set forth by the Trump administration since coming to power. Seeing the Trump prohibition against flying rainbow colors from embassies in honor of June’s LGBTQ Pride Month go up in smoke is a delightful sight. 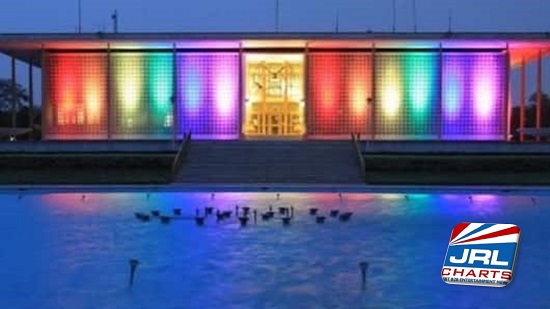 Several embassies are simply ignoring Secretary of State Mike Pompeo’s State Department directive, while others are using creative techniques to boldly display their support for the LGBTQ community.

One beautiful site was the U.S. embassy in New Delhi where they illuminated rainbow-colored lights on the exterior of the building.

Today, along with the U.S. Mission in Nepal community, I join people around the world in celebrating Lesbian, Gay, Bisexual, Transgender, & Intersex #PrideMonth, and reaffirm the U.S. commitment to defending human rights for all. #Pride2019 pic.twitter.com/5awKWtcP80

The Washington Post reported that rainbow-colored flags are still allowed inside embassies.

U.S.Diplomats are making it crystal clear that they support the LGBTQ community. In fact U.S. diplomats in Jerusalem tweeted photos of themselves at the local March for Pride and Tolerance.

We thank our embassies and diplomats for showing their support to the LGBTQ community in their regions and hope that more have the courage to come forward and do the same.