Returning for the thrid installment of the Escape Plan franchise are Dave Bautista, Curtis “50 Cent” Jackson and Jaime King reprising their roles from the previous Escape Plan films.

Synopsis:
“Set out on a path for revenge against the creator of the high-tech prison from where they just escaped, Ray Breslin (Sylvester Stallone) and his entire team cross paths with Shen, another notorious prison breaker and ally searching for the kidnapped daughter of a Chinese billionaire. Their desire for revenge and new mission collide when they break into Devil’s Station, an impenetrable Gothic prison where the girl is being held hostage. A prison created by none other than their sworn enemy.” 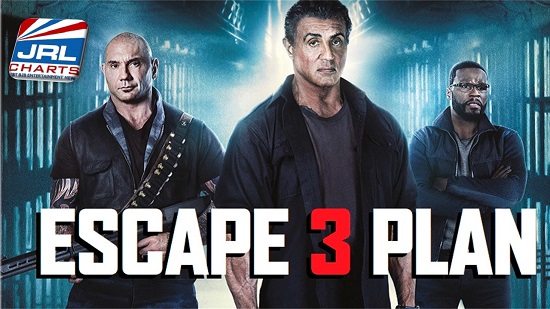 Retailers nationwide are going to stock Escape Plan 3: The Extractors heavily for the summer season.  Make sure to contact your preferred distributor for immediate stocking information.

Lionsgate will release Escape Plan 3: The Extractors on Blu-Ray, Digital Download and On Demand, July 2, 2019. European and Russia markets release date is set for June 20, 2019. 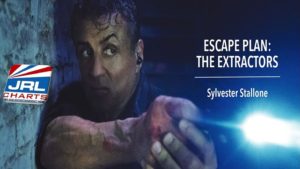