WASHINGTON, D.C — (06-07-19)  — The Trump administration bans U.S. Embassies who have requested to hang the PRIDE flag from its flag polls to salute PRIDE month.

Three American diplomats leaked to NBC News, that the state department has been rejecting requests from U.S. embassies to fly the rainbow pride flag on embassy flagpoles during the month of June, which is LGBTQ Pride Month.

U.S. embassies in Brazil, Germany, Israel, and Latvia are among those that have requested and rejecting permission from Trump’s State Department to fly the pride flag on their flagpoles.

NBC Reports: “Although the pride flag can and is being flown elsewhere on embassy grounds, including inside embassies and on exterior walls, the decision not to allow it on the official flagpole stands in contrast to President Donald Trump’s claim to be a leader in supporting LGBTQ rights overseas. Trump’s administration has announced a campaign to decriminalize homosexuality overseas and this month issued a tweet and formal statement to “celebrate LGBT Pride Month and recognize the outstanding contributions LGBT people have made.”

“The denials to U.S. embassies have come from the office of the State Department’s undersecretary for management, Brian Bulatao, a longtime associate of Secretary of State Mike Pompeo who also worked for him at the CIA. Under State Department policy, embassies that want to fly the flag on their flagpoles are expected to obtain permission from Washington,” NBC News reports.

The denial to the U.S. Embassy in Berlin is particularly jarring considering the U.S. ambassador to Germany, Richard Grenell, openly gay and has been spearheading an administration push to end the criminalization of homosexuality in roughly 70 countries that continue to see homosexuality as illegal.

I guess we can chalk this up to another slap in the face by the Trump administration to the LGBTQ community. 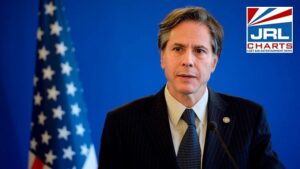 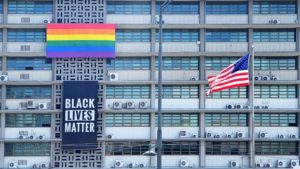 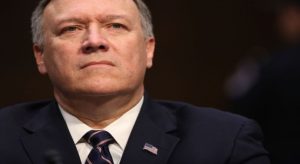