COFFEE COUNTY, TN — (06-04-19) — Tennessee DA Craig Northcott has created a fire storm over his comments saying that Gay people aren’t entitled to domestic violence protections.  The controversial comments by the Tennessee prosecutor who recently faced calls to resign for calling Muslims inherently ‘evil’,  has once again put his foot in his mouth after a video surfaced of Northcott saying same-sex couples aren’t entitled to domestic violence protections.

Northcott was speaking about the local church’s role in government at a Bible conference back in 2018, when he voiced his personal beliefs of anti-LGBT protections.

“I said there’s no marriage to protect, so I don’t prosecute as domestic [violence], and that is one of many decisions like that that you face,” said Northcott of his role as district attorney of Coffee County.

Northcott further inflamed local politicians and LGBTQ activists when he said that in order to navigate around federal court rulings like the 2015 Supreme Court decision legalizing same-sex marriage, local communities should elect Christian officials, particularly district attorneys, reasoning that “you all give us a lot of authority, whether you know it or not.” said Northcott.

No one in Northcott’s office, the state attorney general’s office, or the Coffee County’s mayor have made any comment condemning Craig Northcott’s outrageous comments.

Chris Sanders of Tennessee Equality Project said that one way or another, Northcott needs to leave office.

“In this case, it looks like we have a district attorney who is willfully ignoring the marital status, the relationships, of members of our community and not protecting them fully,” Sanders told News Channel 5. “He is the one being the social engineer, picking and choosing which parts of the law he will enforce, and it appears he thinks he’s acting as God’s instrument in this case.” said Sanders.

Northcott previously refused calls to apologize and resign in May after he was found to have posted Islamophobic comments on his Facebook page back in mid-April.

The amount of backlash Craig Northcott received for his comment, forced him to delete his Facebook post where he argued that Muslims “by definition” support an “evil belief system whether they understand/act on it or not.”

“There are no constitutional rights. There are God given rights protected by the constitution. If you don’t believe in the one true God, there is nothing to protect. No one other than God has given us any rights,” Northcott wrote in the now deleted Facebook post.

Based on Northcott’s outrageous comments over same-sex marriage domestic abuse charges being ignored, the Tennessee Equality Project has invited anyone who has experienced domestic violence in Coffee County and believes they were mistreated by district attorney Craig Northcott’s office to contact the organization. 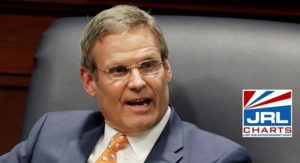