LOS ANGELES, CA — (04-30-19) — BelAmi Entertainment and JustFor.Fans announce the launch of a new online space for its exclusive models. BelAmi.Fans, a white label partnership with JustFor.Fans, brings BelAmi’s stars into the realm of performer-generated content.

The new platform allows BelAmi die hard fans to get closer to them than ever before by getting a firsthand look into their daily lives.

Historically, BelAmi stars have had an elusive and mysterious aura. With BelAmi.fans, these international supermodels will open an intimate window into their personal lives.

“We are extremely excited to be working with BelAmi.” said Dominic Ford, CEO of JustFor.Fans. “BelAmi is an iconic studio, and we are honored that our private-label service offering is being launched with such an amazing brand. BelAmi.Fans is the best place to see even more of the hot Bel Ami models the world has grown to love,” said Ford.

BelAmi, which just celebrated its 25-year anniversary in 2018, has close to 100 exclusive models performing with the studio.

Not all of the roster will be on BelAmi.Fans right away, but some of BelAmi’s top social media stars have already launched their BelAmi.Fans experience, including Paul Cassidy, Kevin Warhol, Jerome Exupery, Nils Tatum, Elo Chalamet, Sven Basquiat and Adam Archuleta. And more are coming on board weekly.

BelAmi publicist Davyd Dixon said of the partnership, “There’s no other company we would want to partner with for an endeavor like this than JustFor.Fans. They have created a unique community and a platform with features that are heads and shoulders above the competition. I’m certain BelAmi stars will thrive in this space.” said Dixon. 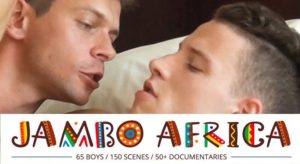 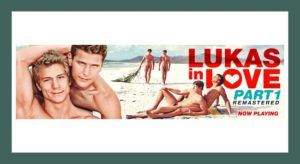