The biopic drama of Teen Lesbian is scheduled for release in September as both an R-rated feature and an X-rated version.

The three-part Adult Time miniseries, Teenage Lesbian is set in the 90s and will star Kristen Scott as the titular lead character, an 18-year-old student attempting to come to terms with her sexual orientation during her senior year of high school.

“I wanted to tackle a coming-of-age story that would set a new standard for authenticity within the traditional lesbian genre,” said Bree Mills. “It had to be real in its portrayal of lesbian sexuality and the struggles of coming out, not just glossy fluff or shot from a male gaze. Teenage Lesbian is a film about what it was like to be young and gay in the pre-Ellen era, the final decade before gay rights became a public conversation. Ultimately, I decided the best way to portray this was simply to tell my own story.” said Mills.

Bree Mills divulged that Kristen Scott was her only choice to portray her in the movie, and that the two have been quietly developing the character since they first discussed the project at January’s AVN Show, aiming to incorporate Scott’s own sexual coming-of-age experiences. Others cast for the movie thus far include Alina Lopez, Kenna James, Aidra Fox, Whitney Wright, Kendra Spade and Emily Willis.

“I am absolutely thrilled to have been cast as the lead in this project,” said Kristen Scott. “I always love having the opportunity to work with Bree, so to be able to play such a significant role in a story that is so personal to her is such an honor. I just can’t wait to bring this coming-of-age story to life!” said Scott.

Teenage Lesbian will be released on Adult Time with accessibility for all members of the Adult Time membership site. You will also have access to its sister Gamma Films sites including the lesbian-centric Girlsway. 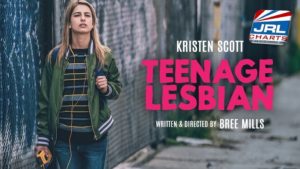 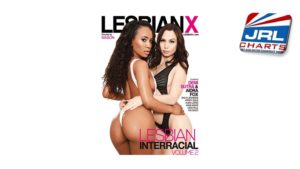 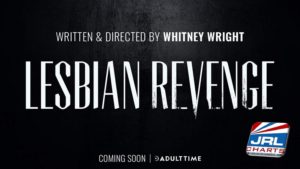