Synopsis:
“Yad (Majd Mardo), a handsome Middle Eastern medical student in Amsterdam, quits his hard partying lifestyle to spend the summer in a small Dutch city with his parents. A temp job as a domestic working for the energetic Ans (Jenny Arean) leads to Yad meeting her hunky blonde grandson Joris (Josha Stradowski). The erotic fireworks between the two are off the charts and their affair is the perfect respite from their respective family problems. But can this be more than just a hot, summer fling? Can the possibility of love bridge the cultural differences threatening to tear the seductive heartthrobs apart? This ultra-sexy romantic dramedy offers something beyond the usual pleasures of a young gay love story, and the conflicts with their families have nothing to do with Yad and Joris’s sexuality, marking JUST FRIENDS as a truly modern tale of queer love.” 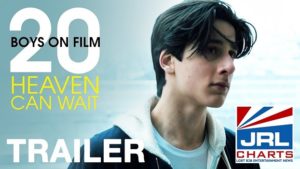 Boys on Film 20: Heaven can Wait streets on DVD/Blu-ray 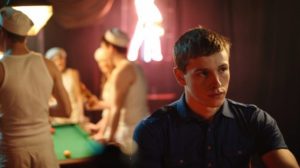