Knock Down The House Official Trailer Is Here from Netflix

Knock Down The House Official Trailer Is Here from Netflix

Synopsis:
“The Knock Down The House film follows four women who decided to run for Congress in the 2018 United States elections: Alexandria Ocasio-Cortez of New York, Amy Vilela of Nevada, Cori Bush of Missouri, and Paula Jean Swearengin of West Virginia. Vilela, Bush, and Swearengin lost in the primary round, but Ocasio-Cortez won the election.”

Director Rachel Lears documentary had its world premiere at the 2019 Sundance Film Festival on January 27, 2019. The film is scheduled to be released on May 1, 2019, by Netflix.

Go behind the scenes as four determined women including Alexandria Ocasio-Cortez. Watch these four women challenge big-money politicians in the 2018 race for Congress. 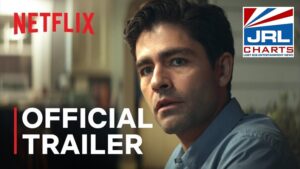