From the creator of LUCY and The Professional, ANNA delivers an action packed movie. with co-stars Luke Evans and Cillian Murphy.

Synopsis:
“Beneath Anna Poliatova’s striking beauty lies a secret that will unleash her indelible strength and skill to become one of the world’s most feared government assassins.”

Summit Entertainment has scheduled ANNA to be released on June 21, 2019. 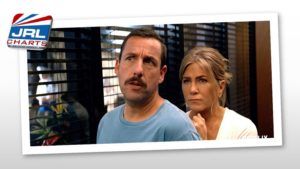