Prison movies are a staple for pulp fiction writers and B-movie directors. They are also just as effective as inspiration for gay erotica films.

Zbuckz and the Dominic Pacifico Network have just opened the prison doors on Enchained, a four-episode epic gay erotica web series about caged men who have no outlet for their overactive libidos.

You won’t believe what the cellmates and sadistic prison staff have in store for gay erotica fans in the gay erotica web series Enchained.

Pacifico enlisted the talents of Zbuckz’ veteran screenwriter Len Whitney to turn out a campy, sex-soaked scenario of sadistic wardens, sex-driven guards and the outlaws who are both victims and fuck buddies. As the prison’s evil head honcho, Pacifico turns on the dom daddy menace! 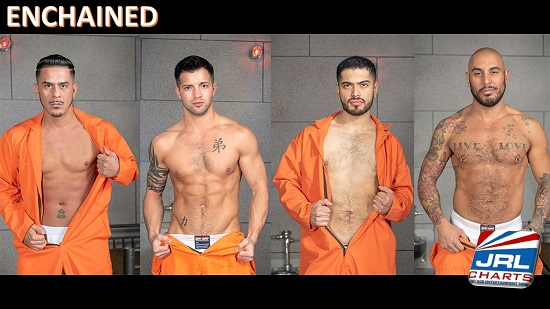 The production, shot at Falcon Studios in Las Vegas, features the same caliber of videography and camera work that have marked Dominic Pacifico productions for Zbuckz.

Watch the first episode of Enchained exclusively on the Dominic Pacifico Network. 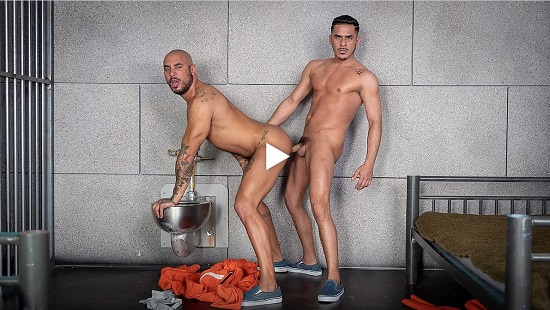 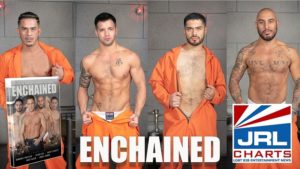 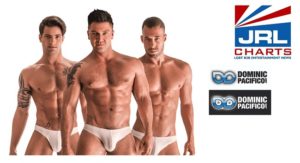 Treasure Island debuts F*ck Me, Bro! on the TIMPorn Network