LAS VEGAS, NV — (04-01-19) — Google, Amazon, Apple and Facebook have joined the growing list of American businesses to condemn anti-LGBT bills being pushed by the state legislature.

“We will continue to oppose any unnecessary, discriminatory, and divisive measures that would damage Texas’ reputation and create problems for our employees and their families,” states the letter. “Such measures are inconsistent with an innovative, forward-facing Texas that we can all be proud of.”

We’re not talking about people simply baking wedding cakes. The anti-LGBTQ bills up for debate include protecting judges in their capacity as marriage officiants, medical professionals with conservative religious views and wedding vendors who don’t want to serve LGBTQ people.

“This legislation would preempt local control of paid leave policies for employees while also threatening enforcement of existing non-discrimination ordinances in cities across Texas, including Austin, Dallas and Fort Worth.

These cities’ ordinances protect LGBTQ people from discrimination based on sexual orientation and gender identity in employment, housing and places of public accommodation.

“Texans don’t have an appetite for discrimination. SB 15 is a wholly unacceptable bill on its face, but the Senate State Affairs Committee has made it into an even more harmful proposition by removing specific language that would ensure that existing non-discrimination ordinances in some of Texas’ most populated cities are not undercut or eliminated,” said Rebecca Marques, HRC Texas state director. “In the last legislative session, the eyes of the nation turned upon Texas while it considered harmful, discriminatory anti-LGBTQ legislation. Our lawmakers should not repeat that mistake in 2019.”

The message was posted online by Texas Welcomes All, a coalition of businesses and other organizations that seek to promote the state.

The state’s Republican-controlled legislature will hear bills on Senate Bill 15, which would undermine anti-discrimination ordinances enacted by San Antonio and other Texas cities.

The corporations are also targeting Senate Bill 17 which would give legal protections to state-licensed professionals, such as barbers, doctors, plumbers and social workers who refuse to serve LGBTQ customers based on their religious beliefs.

In their never ending quest to attack the LGBTQ community, Texas Lt. Gov. Dan Patrick (R) has told the press that both bills as priorities for their administration. 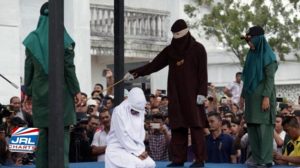