Exciting and gripping, the new installment of the Backdraft legacy marks the return of the franchise’s original filmmakers including producer Raffaella DeLaurentiis (Dragonheart franchise, What Happened to Monday, The Forbidden Kingdom), alongside writer and former firefighter Gregory Widen (Backdraft, OtherLife). Backdraft 2 comes from director Gonzalo Lopez-Gallego (Apollo 18, The Hollow Point).

Backdraft 2 Synopsis:
“Fire investigator Sean McCaffrey (Anderson), son of the late Steven “Bull” McCaffrey, is now working at the same Chicago fire house along with his uncle Brian (Baldwin). When Sean is assigned to investigate a deadly fire, he and his partner Maggie soon realize that they are dealing with something much more than a routine fire. The clues they discover lead them down a treacherous path of arson, murder, and international terrorism. Sean must use his intuition, along with the help of infamous jailed arsonist Ronald Bartel (Sutherland), in a race to find out who is behind the fire and stop them from accomplishing their devious plans..”

BACKDRAFT 2 Available on Blu-Ray™, DVD and Digital On May 14, 2019 From Universal Pictures Home Entertainment 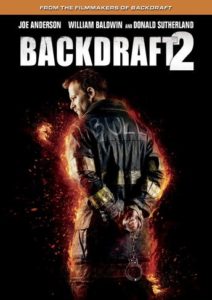 Written by: Gregory Widen (based on characters created by) 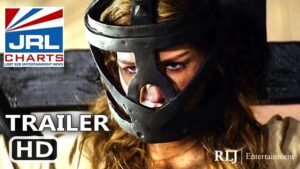