BURBANK, CA — (03-06-19) — Newly launched membership site WhyNotBi, has launched with a full slate of scenes. According to MindGeek, there are Weekly updates on the boards which feature some of the sexiest men and women who are eager to explore wild group fuck sessions.

Review the fresh new WhyNotBi and see what the hype is all about. Adult webmasters interested in promoting WhyNotBi can do so through AdultForce. 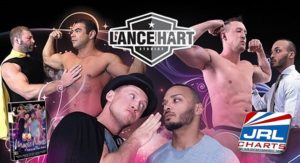