LOS ANGELES — (01-29-19) — FSC issues statement addressing rumors that have been circling among adult film producers, directors and talent over the past couple days.

The concerns were based on alleged changes to the protocols of its PASS Health-Check System for adult film performers.

The FSC issued the following statement pertaining to these rumors:

“Over the past few weeks, FSC hosted two panels discussing HIV prevention, stigma and discrimination in the adult industry. They raised issues—compliance with California discrimination law, better prevention for those in the industry, and expanding testing access for sex workers outside of the current PASS system.

There was much discussion about how PASS might evolve in the future, made by health and legal experts outside of FSC-PASS, but all was speculative. PASS has not changed, nor is there a current plan to change it.

We have not had an HIV transmission on a PASS set since 2004. This is a record we are proud of and intend to keep.

To be clear: the PASS system does not allow anyone working with HIV, regardless of whether or not they are capable of transmitting the virus.

Some of our speakers asked if this could be in violation of the Americans With Disabilities Act, others discussed the possibility of creating an entirely separate testing system for people with undetectable (and thus un-transmittable) HIV to use. But all discussions related to PASS, including the development of separate testing system, were and are theoretical.

Any changes to the PASS system would have to come from the stakeholders in the system—most importantly the performers. The recent panels were scheduled to discuss the changes in HIV science, to talk about options like PrEP that can help performers protect themselves, and to talk about what existing HIV discrimination law means to the industry. At no point, did FSC announce any change or new protocols, nor does FSC have plans to do so.

Discussing our treatment of HIV-positive sex workers is an important social issue, but those conversations should not be seen as a threat to the integrity of the PASS system, or the health and safety of other performers.” 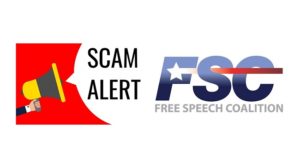