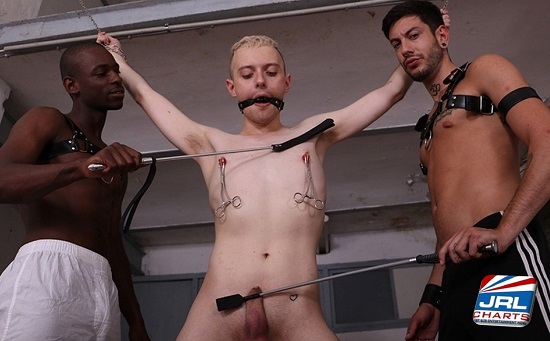 Synopsis:
“Ollie Blue is a young British twink who doesn’t seem at all bothered about being tied up naked in the middle of a warehouse, exposed to the perversions of the dirty fuckers that have in store for him. Whether it is being fucked and slapped around like a rag-doll this youngster enjoys every moment of his captivity. Even so, whilst the studs thrust their cocks down his very hungry throat; and then clamp open his mouth allowing them to jerk off the contents of their ball-sacks he doesn’t show a minimum amount of hesitation when it comes to swallowing their fresh, creamy loads. But the doms have one last ritual to perform, when he’s chained to a table, his cock and balls tied up with rope and proceed to tip hot wax all over the young lad’s pale-skinned body. His two wicked-minded doms are more than happy to give a hand to his rock hard dick before casting a few last drops of hot wax onto his spent body to call it a wrap.” 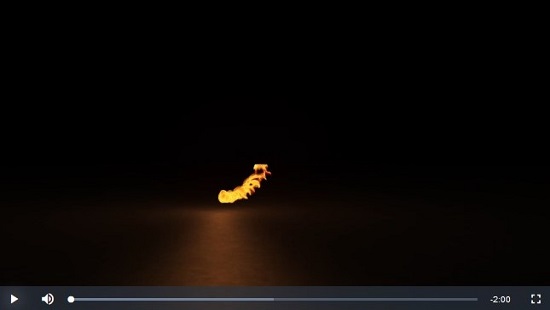 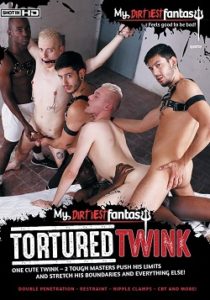 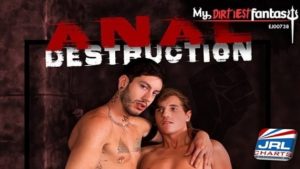 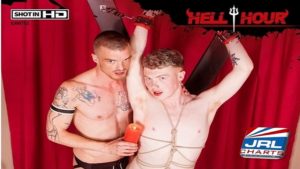 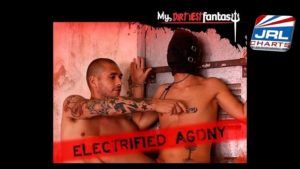