WASHINGTON, DC — (01-17-19) — Donald Trump reportedly ordered his former attorney, Michael Cohen, to go before congress and lie about talks to build a Trump Tower in Moscow.

According to a shocking new report from Buzzfeed, two sources identified as “federal law enforcement officials involved in an investigation of the matter” allege that Michael Cohen was told personally by Donald Trump to falsely say that negotiations for the Trump Tower project in Moscow had ended months earlier than was actually the case.

This was an effort to, according to Buzzfeed, “obscure Donald Trump involvement”.

Buzzfeed Report:
“The special counsel’s office learned about Trump’s directive for Cohen to lie to Congress through interviews with multiple witnesses from the Trump Organization and internal company emails, text messages, and a cache of other documents. Cohen then acknowledged those instructions during his interviews with that office.”

I reached out to The White House and Michael Cohen for comment on the report and my story. However as of this posting, we have not received a response to this explosive news story. 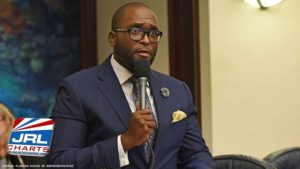