Rounding out the month of debuts is the release of the first volume of Noir Male’s new taboo series Family Affairs. Jacen Zhu and Roman Todd lead an all-star cast in Chi Chi LaRue’s opening chapter, where hard-bodied men keep it in the family. The taboo series is now available on DVD. The movie is distributed through parent company Mile High Media. 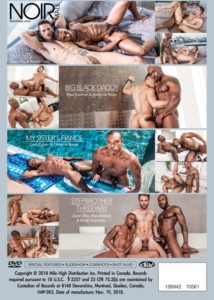 “It’s just getting more and more exciting over at Noir Male,” said Chi Chi LaRue. “I’m so proud to introduce two newcomers that make quite a splash: Eighteen-year-old super-hung, super-cute Jay Edge and the manly, muscular Dillon Diaz. The three-way with Dillon, Devin Franco and Jaxx Maxim will blow your socks off with an exciting intense double penetration. These plumbers certainly know how to fix your pipes. Jay Edge is paired with fan-favorite Colby Tucker in a steamy, taboo stepbrother romp.” said LaRue.

LaRue continued, “Working with people that have been on my bucket list for a while is really exciting. I’ve wanted to work with people like Deep Dicc and Manuel Skye forever, and bringing back to the blue screen the big and sexy Nico Santino was also a highlight.” concluded LaRue. 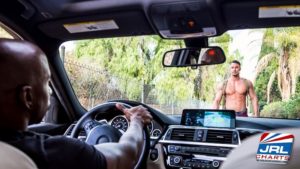