Police were deployed fully loaded with not only tear gas but water cannons, concussion grenades and riot gear which was used on right-wing demonstrators. It was a good thing as more than 1,000 LGBTQ rights activists had the city’s first gay pride parade interrupted by nearly 300 right-wing opponents. I guess authorities wanted to make sure that country’s eastside sanctioned gay pride parade went off without any problems. 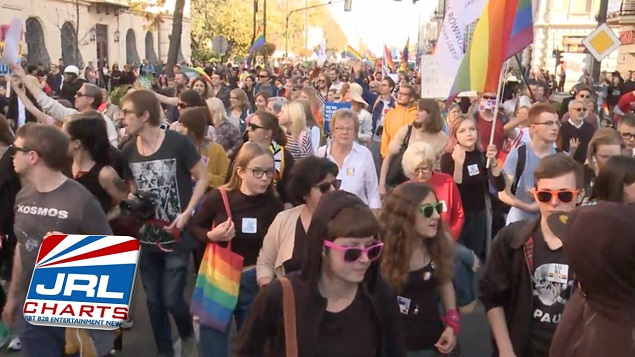 The demonstrators threw stones at police, prompting officers to respond with tear gas and other measures. Small groups also tried to break through a police cordon that was protecting the march.

The video of the event shows right wing demonstrators in a standoff with Lublin riot police.

The event took place just one day after Lublin’s Court of Appeals overruled a ban by Mayor Krzysztof Zuk, who had previously prohibited the gay pride parade, citing security concerns.

Despite the attempted interruption on Saturday, the first gay pride march continued without any major issues. Although gay rights parades have been taking place in Warsaw and many other cities throughout Poland, the ruling conservative party is not supportive of LGBTQ rights groups.