IRVINE, CA — The 69 Year-old ‘In-N-Out Burger’ fast food chain company faces a boycott following the revelations that it donated $25,000 to the California Republican Party. Once word broke, calls for a boycott immediately kicked off on social media.

According to Democratic officials in Sacramento, the donation was discovered by freelance reporter Gabe Schneider who blasted took to Twitter to expose the donation. Within minutes #BoycottInNOut began circulating on Twitter with mixed reviews.

Know for its messages embedded on its packaging, the privately-owned In-N-Out corporation operates restaurants throughout the Southwest.

Currently the company that was founded by Esther and Harry Snyder, is under the control of Lynsi Snyder, the granddaughter of the chain’s founders. While only a few news networks have covered this story including CBS News, cable news has stayed  silent on the story so far – including FOX  News.

In-N-Out Burgers says that they have donated to both parties for years but Democrats are up in arms saying that this year they are solely supporting President Trump’s vision of America.

Here are a few of the comments pertaining to the In-N-Out Burger chain’s donation and the BoycottInNOut  push!

Y’all niggas need to grow up. Not everything is going to politically be in line with you. You don’t have to boycott everything. People out here being unjustly killed by law enforcement and y’all gon boycott a burger place because they donated to Republicans? ??

Republicans polices have been highly discriminatory towards Poc. These include police insulation from prosecution. You failed to see the connection.

This is precisely why @Whataburger keeps on being number one! 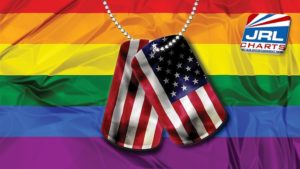