A Gay Utah GOP official has created his own nightmare after suggesting that suicide rates in the LGBTQ community are based on them having a high number of sex partners.  The chairman of the Salt Lake County Republican Party immediately issued an apology to the LGBTQ community for what he calls a “mischaracterization” on the part of The Salt Lake Tribune in a story where new communication director Dave Robinson

Dave Robinson, new Salt Lake County Republican Party’s Communication Director, said on Monday August 27, during a meeting with the Salt Lake Tribune’s editorial board, that he knows people in the LGBTQ community who have had “over 2,000 sex partners”. A number that according to Robinson, could be reflective of the “self-loathing” that drives people to commit suicide.

“You talk to some of these people that have had hundreds of sex partners,” said Robinson. “The self-loathing and basically the unhappiness and the self-hatred level is tremendously high. The gay community really needs to start having some conversations within their community and how it is our lifestyle affecting our mental health?” said Dave Robinson.

Robinson just took over the role as Communication Director as of July and already he is trying to make a name for himself among his Republican colleagues. In fact Robinson went even further attacking the LGBTQ community by suggesting that the use of HIV prevention drug pre-exposure prophylaxis, or PrEP, has given an excuse to members of LGBTQ community to have unprotected sex like “bunny rabbits” at monthly “sex parties” under the assumption that the pill would prevent all STDs.

Robinson also believes that the GOP is Gay-Friendly and does not have an anti-LGBT platform. “I don’t think there’s a better time on this planet in history to be gay than right now,” said Robinson.

The communications director’s outrageous comments were due to the Utah suicide rate going up. According to government officials, Utah has seen a 46.5 percent increase in residents taking their own lives since 1999. Making Utah the fifth-highest overall suicide rate in the United States.

Now studies pertaining to the LGBTQ community ratio of suicides show that Gay teens, Lesbian teens and bisexual teens are nearly five times greater to attempt suicide than their heterosexual peers. It was no surprise when Gay conservative Dave Robinson received major backlash from all sides of te political isle for his comments.

In fact the Log Cabin Republicans’ Utah chapter was outraged by Robinson’s comments calling his remarks “ludicrous” and “ill-chosen.”

Dave Robinson also drew the anger and outrage from the Equality Utah’s executive director Troy Williams. “Condemning who and how we love is a strange way to build a bridge between the Republican Party and the LGBTQ community,” said Williams “Mr. Robinson’s rhetoric is deeply irresponsible and unbecoming of a leader in a political party in the state of Utah.” said Williams.

We’ve reached out for comment from the Salt Lake County Republican Party’s Communication Director but as of this posting, no email or phone call has been returned. 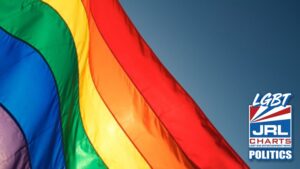 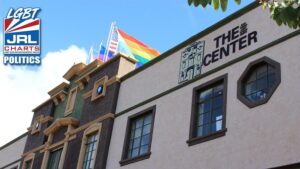 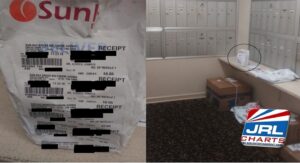