Home » Blog » Father Basil John Hutsko Beaten Unconscious, ‘This is for All the Kids’

An Indiana priest, Father Basil John Hutsko, was beaten and allegedly knocked unconscious in church.  According to Father Hutsko,  the attacker told him “this is for all the little kids,”.

Father Hutsko spoke with CBS Chicago where he claims that he was praying at the altar in Saint Michael Byzantine Catholic Church located at 557 W 57th Ave in Merrillville, around 9 a.m. on Monday. That’s when an unknown attacker approached him from behind and attacked him. 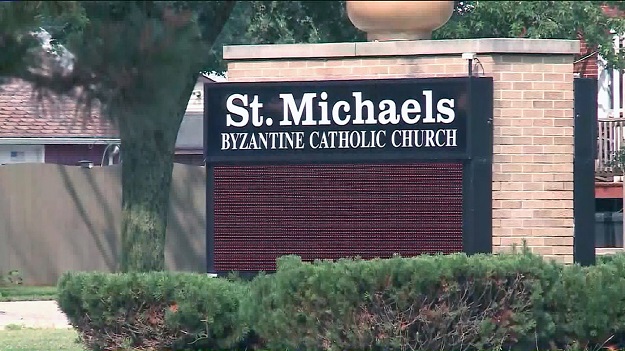 “The whole front of his head went into the floor,” Joseph Petruch, chief of the Merrillville Police Department, told CBS Chicago. “Grabbed him by the neck, threw him down on the floor and immediately started slamming his head against the floor.”

Rev. Basil Hutsko says attacker made mention of abuse by priests against children.

Jeff Rice, a spokesman for the Merrillville Police Department, said that the case is being treated as a hate crime. Rice further stated that the attacker referred to the Pennsylvania attorney general’s 884-page report finding that six Roman Catholic dioceses in the state had covered up sexual abuse by 301 “predator priests” over the past 70 years.

According to Rev. Thomas Loya, a friend of Father Hutsko, told CBS Chicago that he has never been accused of sex abuse. “He’s a very dedicated priest and hard-working,” said Loya. “It’s just a random attack of an innocent priest.” said Loya.

We reached out to both Saint Michael Byzantine Catholic Church and the Merrillville Police Department for more information however as of this posting, we have not received a call back or email pertaining to our request.