According to the indictment filed in the Southern District of Florida, Bryan Deneumostier conned some 600 men into believing he was a woman offering anonymous sex and even reassured them that there would be no cameras involved. according to an indictment.

Deneumostier is also charged with two counts of illegal interception of oral communication, using screen name “susanleon33326”,  during his scam, said an indictment which leads many to believe Bryan Deneumostier may have taped as many encounters of 600 men.

Deneumostier in Federal court today, listened to an eight-minute proceeding before U.S. District Judge Cecilia Altonaga in Miami. At the end, a continuance was granted to Monday, Oct. 1, 2018.

On advice from his public defender, Deneumostier waived his right to a speedy trial.  Deneumostier is making headlines throughout the adult film industry as he is the second business owner to be brought up on criminal charges under 18 U.S.C.§ 2257 record-keeping. We will keep you updated on his trial as details become available. 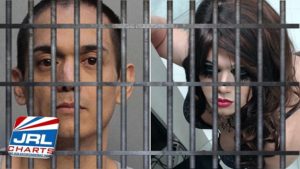