Banks and Mitchell will entertain the audience, introduce presenters and show fans facets of their personalities rarely seen before.

Blake and Mitchell have “transcended the adult film space and developed well-earned names in gay mainstream media with their performances.’ said Str8UpGayPorn co-owner and editor, Zachary Sire. “Their personalities and their pursuits outside of the industry. On top of all that, they are two of the most genuine and hardworking performers in the business today. We’re so grateful to have them taking the stage in October.” said Zire. 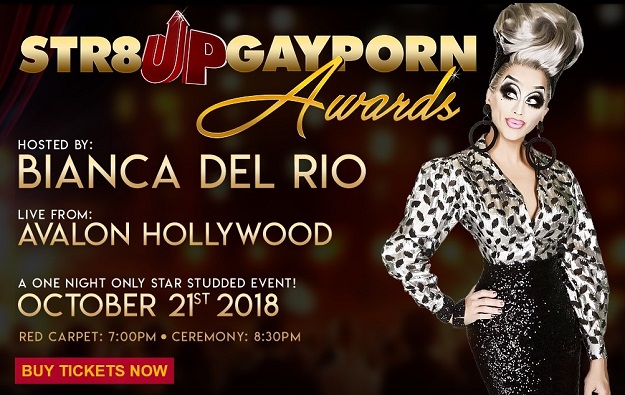 Boomer Banks added…”Sharing the stage with Del Rio and Mitchell would be “magical” and that he looks forward to showing fans and attendees. Another side of me they don’t really see on camera. It’s gonna be an unforgettable night, for sure.” concluded Banks.

Blake Mitchell fresh off of the ‘His Own Way Out’ Book Tour‘, expressed excitement at the broad reach of Str8UpGayPorn’s audience. “The show reaches fans around the world,” he said.” said Mitchell. “I look at it as a chance to entertain them in a whole new way. The fact that I get to do it with Bianca and Boomer is even better.” concluded Mitchell.

Tickets are on sale for the 2nd Annual Str8UpGayPorn Awards at the Avalon in Hollywood, Click Here.  Nominees will be announced Tuesday August 21. 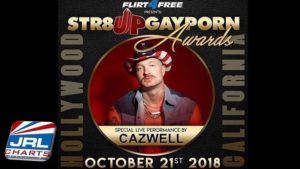 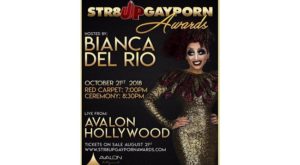