San Francisco police officer ‘Brendan Mannix’ alleges that members of the San Francisco Police Department made him a target of sexual harassment, sexual discrimination solely based on his sexual orientation and then if that wasn’t the worst of it, he also claims that he suffered retaliating incidents due to his reporting the harassment charges known in the police department as a ‘whistle-blower’.

Mannix graduated from the Police Academy in 2015 and was initially assigned to the Richmond Station for field training. However according to Mannix, the abuse began when he was assigned to the Central Station in 2016.

“Mr. Mannix quickly noticed the ‘Old Boys’ Club’ atmosphere of the station: Anyone who did not fit a precise mold — broadly speaking, straight, cisgender, white and male — was targeted for mistreatment; those who complained about it were treated even worse,” wrote Organ wrote.

According to ‘Brendan Mannix’ attorney, his fellow officers retaliated against Mannix by failing to back him up on calls and giving him unfavorable assignments and the response to a formal complaint he filed was “dismissive.” Organ states that Mannix took a three-month leave last year but is still employed with the San Francisco police department.

The department declined comment on the lawsuit filed by the Gay San Francisco cop however a spokesman told the Chronicle that it takes “allegations of discrimination and officer misconduct seriously and will thoroughly investigate all complaints.”

“The San Francisco Police Department is committed to diversity, tolerance and respect for the public and all of our members,” spokesman David Stevenson continued. “Department members are sworn to hold each other accountable and required to act swiftly to report any misconduct.” said Stevenson.

Officials with the city attorney’s office told the Chronicle that they had not yet seen the lawsuit and could not comment directly on the situation until it has been reviewed. Spokesman John Coté said…“The city of San Francisco, including the Police Department, has been a leader on LGBT rights for decades and remains committed to providing a safe and respectful work environment for all.” said Coté.

Photo Courtesy of the Chronicle 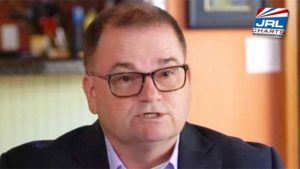