Openly Gay K-pop singer Holland scores a major hit with ‘I’m Not Afraid’ capturing over 2.8 Million Views on YouTube in only 4 weeks. Not only that, ‘I’m Not Afraid’ Pop Gay music video holds steady at #10 worldwide on the Gay Music Chart Week 33 2018.

Holland released ‘I’m Not Afraid’ back on July 6 which is his second single a title track from the ‘I’m Not Afraid’ album through WMG (on behalf of Ko Tae Seob). The music video with its LGBTQ+ Positive theme features Holland and a group of friends living it up at a retro-inspired party, disco ball and strobe lights.

Boasting a diverse cast that depicts people of multiple races and genders which is a rarity in the majority of K-pop music videos. The gay music video ‘I’m Not Afraid’ culminates with Holland and a young man along with several other couples at the party, engaging in a major scam out session.

According to Holland, “I’m not, not afraid anymore” hook resonates throughout the track as the k-pop singer takes ownership of his identity. The ‘I’m Not Afraid’ music video ends with Holland waking up in a field, with the words “On the Second Moon” flashing across the screen. Could it be that Holland is teasing us with another single coming soon?

‘I’m Not Afraid’ music video immediately garnered controversy in South Korea with Holland tweeting to fans that the video had received an R rating from YouTube however after much backlash, YouTube removed the ‘R’ rating from the video.

Distributed by: WMG (on behalf of Ko Tae Seob) 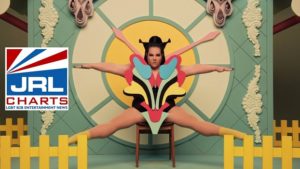