The Jerusalem Pride 2018 celebration kicked off with a bang as over 35,000 people took part in the Jerusalem Pride March for Pride and Tolerance on Thursday. Groups ranging from LGBT rights activists, public officials and Orthodox Jews were on hand to celebrate the event.

The Jerusalem Pride 2018 march comes on the heels of the heavily unpopular new surrogacy law that passed the Knesset recently and that excludes gay men from access to child surrogacy service. The bill is seen as a major attack on the LGBT community from opposition hard-line groups of the national-religious community.

The massive crowd in attendance at the Jerusalem Pride 2018 march congregated at Liberty Bell Park amid heavy security that was on hand to prevent any assaults on participants like we saw ultra-orthodox Yishai Schlissel who was jailed for life following his crime of killing a teenager and wounding five others who marched in the Jerusalem Pride march in 2015.

Participants of the Jerusalem Pride 2018 march chanted slogans such as as “There are lesbians and gays in Mea Shearim too,” a reference to the radical haredi neighborhood in Jerusalem that has seen their fair share of anti-LGBT attacks. Plus they used slogans as “We are everywhere,” . They also sent out a personal chant to prime minister Benjamin Netanyahu over his backing of the anti-LGBT surrogacy bill.

We also saw a wide variety of color banners, stickers and posters that had the following “Born this way,” “LGBT-phobia is racism.”, and “I want to get married,” a reference point to the act that as of 2018, Israel still doesn’t have a law for civil marriage. 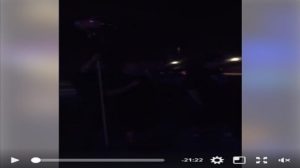