The Sci-Fi action-packed film was released in China back in December 2017 and now the English version of the $65 Million dollar budget film is scheduled to be released in the United States in theaters and on demand by Lionsgate Premiere on July 6, 2018.

Synopsis:
While tracking down a deranged, mecca-enhanced villain, Lin discovers that a geneticist’s lost bio-chemical invention has been surgically implanted into his missing daughter. With the help of a young hacker, Lin connects the dots between the device that haunts his daughter, his enemy’s sinister army, and a strange cultural phenomenon called “Bleeding Steel”.

JACKIE CHAN HASN’T LOST A BEAT! BACK BETTER THAN EVER!
Michael “The Sizzler” Jacobs, JRL CHARTS 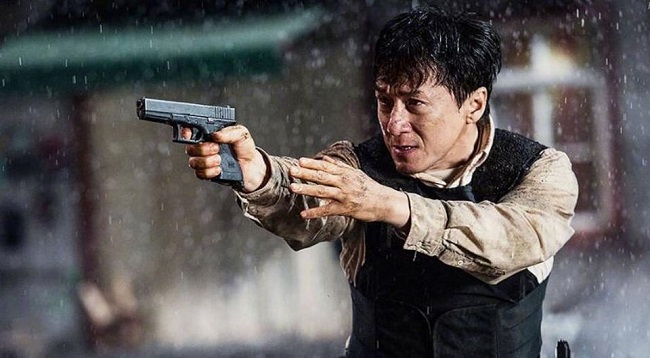 According to Lionsgate’ publicity division, back in June 2016, Village Roadshow Pictures Asia and Heyi Pictures announced that they would co-produce and co-finance the Sci-Fi action-packed film and that Jackie Chan would star in the project which immediately gave the film huge backing and expectations that Chan absolutely delivered.

Bleeding Steel brings back the legendary action thrilling stunts of fan favorite Jackie Chan with his sequences of martial arts that will keep you glued to every minute of heart pacing action. 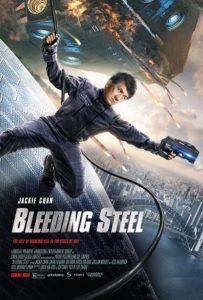