Nick Orlandino, CEO and chairman of Diamond Products, has announced that effective immediately, he is retiring from the adult industry after serving for more than 35 years.

Orlandino said that he has plans to move back to his home in New York. Orlandino further told the adult entertainment media outlets that he hasn’t made a decision regarding who will take the reigns of parent company Diamond Products’ which consists of a portfolio of top selling brands as Pipedream Products, Jimmyjane and Sir Richard’s Condom Company.

While Orlandino is retiring, he will still maintain a major shareholder in parent company Diamond Products…”I will still be involved to some point” said Orlandino.

Orlandino retires at the top of his game and in a blaze of glory, on his own terms! “I’ve put in a lot of blood, sweat and tears at Pipedream,” added Orlandino. “A lot of my contemporaries have passed away, and the industry has changed a lot — it’s not fun anymore.” said Orlandino.

Nick Orlandino was a major supporter of the LGBT Adult Entertainment Industry as he contracted the LGBT B2B Adult News Leader JRL CHARTS, as a platinum sponsor for more than 5 years.

In 1996, Orlandino founded the Adult Novelty Manufacturers Expo, the industry’s first and largest business-to-business trade show, which he still currently manages. In 1999, he was appointed to the Board of Directors for the Free Speech Coalition, where he served as Treasurer for four years. In recognition of an outstanding career as CEO of Pipedream Products, Orlandino is included in the 2008/2009 Princeton Premier Registry, where he is listed among the most accomplished business leaders and professionals.

In January 2014, Orlandino received his eighth leadership award when he was named Free Speech Coalition’s 2014 Man of the Year. The award recognized Orlandino’s lifelong contributions to the adult industry and honored him for his 30 years of service. Shortly after, Orlandino wan honored with the iconic Industry Pioneer Award by XBIZ magazine, which recognized and celebrated his illustrious career in the adult novelty industry.

Nick Orlandino will be missed and on behalf of the staff and management of JRL CHARTS, we wish him and his family a happy retirement. 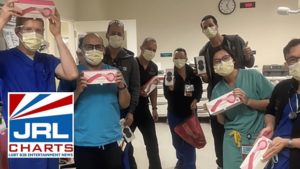 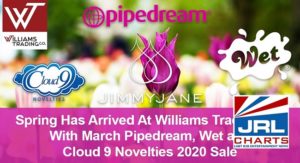 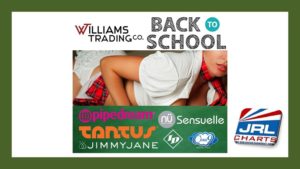 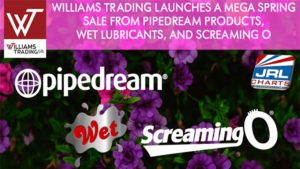 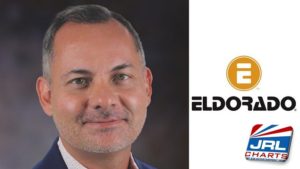