Gay Air Force veteran Bruno “Ralphy” Lozano made history in a border town that is 110 miles west of San Antonio by becoming the first ever openly gay candidate as well as the youngest elected official in the town’s history.

Last Saturday, 62 percent of voters in Del Rio elected gay Air Force veteran Bruno “Ralphy” Lozano as its mayor and the conservative base was livid. In fact the young 35-year-old Lozano previously served as a security law enforcement officer in the Air Force and then became an activist who worked diligently to help clean up local waterways. Although Texas is known for its conservative politics and Republicans dominate statewide offices, Lozano’s sexual orientation was not an issue during the mayoral campaign in the city of about 41,000 people.

Lozano remembers the days when he served in the Air Force during former president Bill Clinton’s era of “don’t ask, don’t tell” policy and decided not to re-enlist because he said he was “not ashamed of who I am.” Instead, Lozano took inspiration from previous generations of gay men who made it possible for people like him to run for public office without trying to hide his sexual identity.

“Stonewall happened because drag queens and a minority group stood up to animosity, and I had to go back in the closet while doing my tour in the Air Force because of that same hatred,” Lozano told IntoMore in an interview. “I know what that was like, and it translates to today’s campaign. I’m not going to bow down. I am who I am. Accept me or not.” said Lozano.

The young mayor-elect ran on a platform where he emphasized on generational change. “It is time for new ideas and new visions of the future. It is time the next generation takes action and get involved in local politics,” said Lozano. “We can continue our heritage through proper investments in infrastructure, culture, and services and that can start with accountability.” said Lozano.

Lozano’s election is historic however the town of Del Rio which is home to Laughlin Air Force base, has a long way to go in attracting the LGBTQ community as the town doesn’t have one single gay bar nor does it have adequate services for LGBTQ locals to access. Hopefully with the ice now broken, more positive changes will come to the town of 40,549 residents. 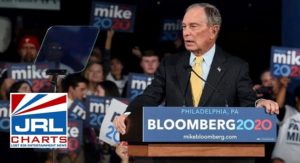