Adult store robbery suspect who is accused of not only stuffing a Walgreen’s employee in a garbage chute before hitting the popular Romantix adult store on East Brooks Road has been captured, police say.

The suspect identified as Brandon Dukes was located at his mother’s home on Scottsdale Thursday and taken into custody without incident.

In March, Dukes dressed up like an employee – made his way into a Summer Avenue Walgreen’s store, hid in the stocking area and waited for a real employee to come into the back. When a woman employee saw him, he came out of hiding, pulled out a gun and pointed it towards the back of her head and demanded her cellphone and the keys to the safe. He grabbed the keys out of her pocket and then locked her inside the garbage chute.

Surveillance video clearly showed the suspect unlocking the safe, grabbing approximately $6,400 in cash and then returning to the garbage chute to let the employee out. Dukes then exited the store through the backdoor.

The suspect reportedly laid low until this past Monday when surveillance cameras were rolling to catch Dukes walking into the Romantix Adult Store on Brooks Road where he again took a role of a customer. When he thought it was clear, he pulled out a gun, approached the counter and demanded money from the safe. He also got away with the keys to the adult store, employees told police.

Police said they were able to identify Brandon Dukes as a person of interest in the crimes. They showed his picture to both victims who positively identified him as the man who robbed them. In fact during the arrest at Brandon Duke’s mother’s home, a red Ford Mustang and a Kia Sorento were impounded due to the fact that they were identified as the getaway vehicles in each individual robbery. Police said they also discovered several items that were displayed during the robberies.

Dukes was taken into custody and charged with two counts of aggravated robbery. 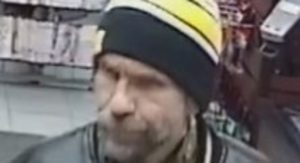 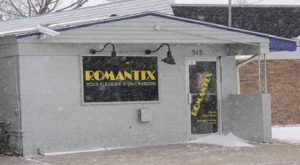 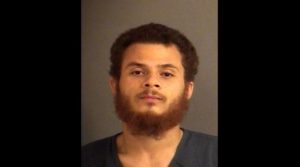 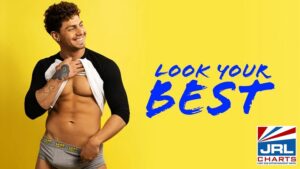