Oklahoma adoption bill passed the state house and is now on the governor’s desk to either sign it or veto the discriminating bill against Gay couples seeking to provide a home for a child. The Republican-controlled Oklahoma House of Representatives passed an adoption bill that critics have called discriminating against same-sex couples on Thursday May 3.

Introduced by Republican state Sen. Greg Treat, the bill reads, “No private child-placing agency shall be required to perform, assist … or participate in any placement of a child for foster care or adoption when the proposed placement would violate the agency’s written religious or moral convictions or policies.” said Treat.

The discriminatory bill would allow state agencies to turn away would-be parents on the basis of their marital status or religion.

Zeke Stokes of GLAAD, an LGBTQ advocacy group, released a statement on the Oklahoma adoption bill: “This bill is heartless and un-American. No qualified parent should be turned away from adoption or foster agencies simply because they are LGBTQ.”

Following the backlash over the measure, Sen. Treat went on Oklahoma City TV station KFOR and said.. “It doesn’t do anything … to prohibit same-sex couples from adopting. All it does is protect faith-based institutions who wish to participate, and some are sitting on the sideline right now, and I hope to get them involved to help us take care of the huge need.” said Treat.

After passing the state senate back in March, the bill has now been sent to Republican Gov. Mary Fallin who has not yet decided on signing the bill or vetoing the discriminatory measure. Freedom Oklahoma, an advocacy organization for the LGBTQ community as well as other marginalized groups, said that they plan to seek legal action if the bill is enacted.

We are sure to see lawsuits filed on this the minute the measure is signed by Gov. Fallin. We hope she doesn’t decide to sign legislation that does nothing but deny homes to children who need them and to gay couples who want to adopt a child and give them the stable and loving home they deserve. 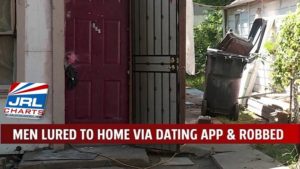 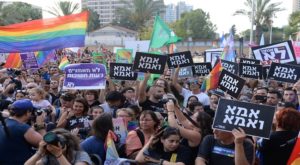