Washington State Gov. Jay Inslee (D) has made it official by signing a bill early Wednesday morning that bans youth “conversion therapy,” the so-called medical practice that attempts and fails to change a person’s sexual orientation or gender identity.

The state’s new law bans licensed health care providers from using the debunked therapy on anyone under the age of 18. Strike this one as another victory for LGBTQ rights as this practice has been debunked a thousand times over for its abusive and degrading techniques that have never worked!

So far, the USA has a total of eleven states and Washington, D.C., that have banned the practice of conversion therapy upon anyone under the age of 18.

Openly gay Washington state Sen. Mark Liias who was the lead sponsor of the bill said in a statement…“Banning conversion therapy sends a loud and unequivocal message to LGBTQ youth: there is nothing wrong with you,” said Sen. Liias (D). “As a community, we love and support every person and we celebrate the diversity that makes us stronger. I am proud that Washington is standing up for our queer youth and I look forward to the day that these monstrous practices are illegal in every state,” said Liias.

According to the Williams Institute at UCLA’s School of Law, there is an estimated 20,000 LGBTQ teens between the ages 13 to 17 who undergo conversion therapy from a licensed health care professional in states that have not passed laws banning the practice.

More states need to step up on this issue like the legislation that is set to pass in the state of Maryland on Wednesday banning the practice. 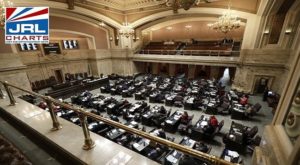 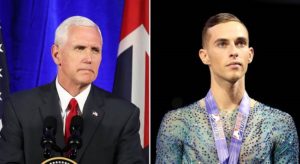