After Homophobes Tried to Block Progress, Mississippi Pride Debuts with Thousands On Hand

After Homophobes Tried to Block Progress, Mississippi Pride Debuts with Thousands On Hand

The history making Pride Parade in the town of Starkesville is now in the history books as PRIDE Season officially kicked off in the Mississippi town. Balloons, food vendors, families and the mayor were all making history in the small town.

You will remember when we brought you the news on how the local city council attempted to block the first ever Pride event from happening which then was followed by national backlash upon the city council members, a parade permit was finally granted after the officials took another vote that resulted in a tie which allowed the mayor to cast the deciding vote.

The town captured national headlines as it drew nearly 3,000 people in attendance and as many as 2,500 marched in the parade which took place last Saturday March 24.

Not only was it the largest parade to ever take place in Starkesville, it was also reported that there were no incidents of violence and verbal abuse.

YouTube Sensation Robbie Ward and CBS News WCBI was on hand to catch all festivities: 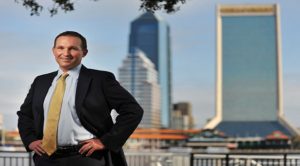 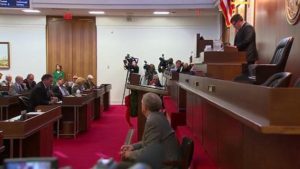