The word has been out and anticipation continues to build for the 10th season of the hit Cable Show “RuPaul’s Drag Race” [2018] especially when word leaked out on Thursday March 1, that Music Icon Christina Aguilera would be the season 10’s first guest judge.

Christina Aguilera is following in the foot steps of pop music superstar Lady Gaga when she guest judged at the beginning of RuPaul’s Drag Race Season 9 [2017]. 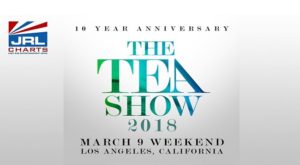