HILLSBOROUGH, N.C. — Online Adult Superstore Adam & Eve, parent company of Online Gay Adult Superstore AdamMale and for Lesbians, Eve Toys, is back this month with new results from its annual sex survey in which the company asked more than 1,000 adults how they felt about gay and lesbian couples adopting a child.

Although it has been legal for same-sex couples to adopt in all 50 states since 2016, many LGBT couples still face discrimination from fostering or adopting children in America, the survey reported.

“The purpose of Adam & Eve’s annual sex survey is to gauge changing sexual attitudes and values with American adults,” said Adam & Eve’s director of Marketing, Chad Davis. “AdamEve.com carries a wide variety of products for adults in all stages and types of relationships. From toys to games and novelties, Adam & Eve is a judgment-free retail space for everyone.” said Davis.

The web-based survey, conducted by an independent third-party company, polled more than 1,000 American adults age 18 and up. It was sponsored by Adam & Eve to study sexual preferences and practices. 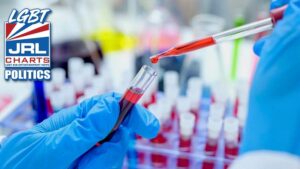