Vice President Mike Pence had one of many embarrassing moments at the 2018 South Korea Winter Games as he did not receive the traditional VIP treatment at one of the VIP receptions that took place before the Winter Olympics opening ceremony on Friday.

It is normal for dignitaries to show up late to VIP Receptions so that they can make an entrance but Mike Pence found himself without a seat after showing up late with his entourage.

Mike Pence who seems to be the person that goes and visits our brave troops overseas as well as all other top level visits that are normally reserved for the President, was on hand to support our U.S athletes and was suppose to dine with the athletes at the VIP reception but instead, was forced to simply smile for the cameras and shake hands.

Now what made this an awkward moment was when Pence who went around the table to shake hands with the dignitaries but passed on greeting North Korea’s ceremonial head of state, Kim Yong Nam who happened to be seated between the International Olympic Committe Chairman Thomas Bach and United Nations Secretary General, Antonio Guterres.

Reuters reported that the Vice President’s spokesperson said that the Pence had planned to stay at the reception for a few moments as his schedule was already over booked and that he at least wanted to greet our American athletes.

It was so embarrassing that even Tokyo bureau chief Anna Fifield of the Washington Post Tweeted below:

Major screw-up at VIP reception before PyeongChang Olympics opening ceremony: VP Pence showed up late, after dinner had begun, and there was no seat for him because he was supposed to have dinner with the US athletes… 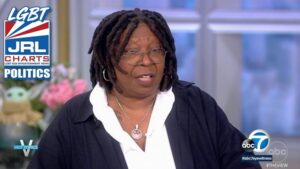