WASHINGTON, D.C — The Wall Street Journal dropped another bombshell for the drama loving president of the United States, Donald Trump today as they are reporting that long time Trump attorney Michael Cohen,  allegedly paid out $130,000 to Wicked Pictures exclusive adult film superstar, Stormy Daniels, a month before the now president of the United States, kicked off his 2016 campaign.

This story has begun to go viral among all of the business trade websites as well as mainstream media outlets are already booking it for review within the next 24 hours once of course, they wrap up President Trump’s racist comments made during a DACA meeting in the White House on Wednesday Jan. 10.

According to the WSJ, long time Trump attorney Michael Cohen,  arranged the $130,000 payment to Daniels which was allegedly part of a mutual agreement to keep their affair quiet and — Before you ask, yes, Trump was already married to the current first lady of the United States, Melania Trump.

Exclusive Wicked Pictures adult film star Stormy allegedly said among close friends about her encounter with Trump and how it took place after they met during a July 2006 celebrity golf tournament in Lake Tahoe. 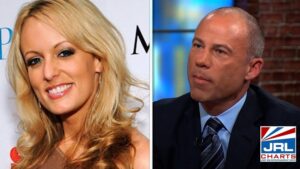 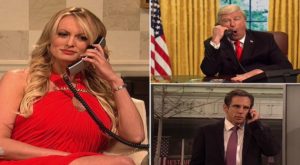