IOWA CITY — Iowa City police have released surveillance photos of the suspect in the armed robbery this past Sunday of the popular adult entertainment store, Romantix located at 315 Kirkwood Ave.

The Iowa City Police Department tweeted two images of the suspect, taken from inside the store.

You will remember when we reported on the armed robbery that took place shortly after 1 a.m. Sunday Jan. 7, when police were called to the Romantix adult boutique, where a man displayed a weapon to the store’s cashier and fled with an undisclosed amount of cash and merchandise, according to a news release from the Iowa City Police Department.

.@IowaCityPolice have released photos following a robbery at Romantix, 315 Kirkwood Ave., in #IowaCity earlier this week. @ICCrimestoppers is offering a reward for info leading to an arrest. Call 319-358-TIPS. https://t.co/j3mQw6CRs1 pic.twitter.com/i5DSYEuB9U

CrimeStoppers is now offering a reward of up to $1,000 for information leading to the arrest of the suspect. Anyone with information is guaranteed anonymity and should contact 319-358-TIPS (8477). 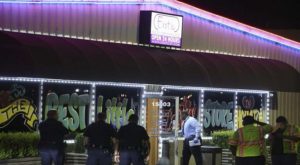 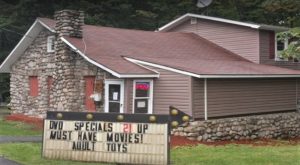