Is the United States going backwards when it comes to its LGBTQ citizens? After at least nine states as well as over two dozen municipalities nationwide, have banned the potentially harmful treatment known as Gay Conversion Therapy and yet, New Hampshire has decided to continue to allow this practice too continue state wide.

The bill that was introduced in the State’s legislature that would ban the discredited practice with their attempts to change sexual orientation or gender identity, failed to pass Tuesday in the New Hampshire’s House of Representatives.

In fact there were two bills put forth that would have protected minors from treatments aimed at erasing their LGBTQ identity which medical professionals have labeled ineffective and potentially harmful to minors especially during their puberty years.

Both the House and Senate versions of the legislation failed narrowly in a vote that fell largely along party lines of course with Republicans opposing any change to existing state law which allows the debunked therapy.

The measure was introduced in the New Hampshire Senate by Sen. Martha Fuller Clark (D) after a similar change failed in the state two years ago.

Laws banning conversion therapy have been passed in at least nine states, Washington, D.C., and more than two dozen municipalities, according to the National Center for Lesbian Rights.

Both the American Psychological Association and American Psychiatric Association have publicly stated caution against conversion therapy which some conservatives pushing the debunked therapy as “reparative therapy”.  Some of the methods used in this practice include talk therapy, electroshock therapy and treating LGBTQ identity as an addiction. 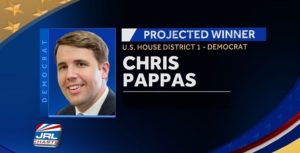 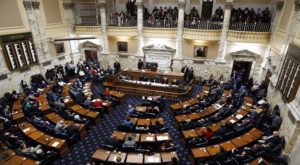 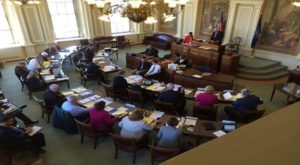 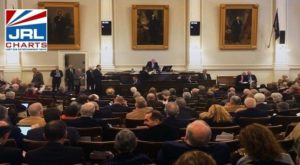