While the lawsuit filed last week in Federal court by Nickerson seeks monetary damages of at least $1 million for five of the six defendants cleared by the June 2016 ruling of Santa Clara County Superior Court Judge Jose S. Franco, Nickerson said that he is also seeking class-action status for the Federal lawsuit, and hopes that it will help end the practice by police gay sex sting operations.

We reached out to the San Jose police department for comment on this story but they referred our inquiries about the lawsuit to the City Attorney’s Office. When I attempted to get comment from the City Attorney’s office’ spokesperson, they declined comment because they had not yet been formally served with lawsuit as of Friday Nov. 17. 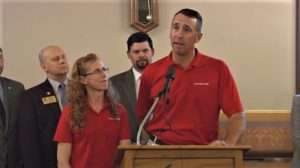